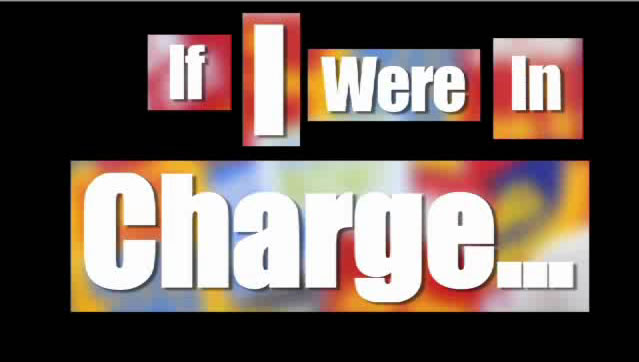 In the first of our ‘If I were in charge’ blog posts, our Director Dan Knowles shares what he’d do if he were in charge of the country. As with the posts from other team members to follow, there will be 2 Property related proposals and 2 other proposals.

At the end of 1991, the average house price in the UK was £53,635, yet there was no stamp duty for properties under £250,000. Hardly anyone paid. Now, very few people don’t pay stamp duty. Even when it was changed the following year to 1% for properties over £30,000, the amounts paid, even in real terms were far lower than they are today.

Stamp duty is a cash cow for Government. There’s no denying it.

Possibly more so than ever before, saving money to be able to pay stamp duty takes a long time for most people. Saving for a deposit is bad enough with values in some areas extortionate whilst wages for the low paid have barely moved in recent years. First time buyers in particular are hit terribly hard. Saving for stamp duty is stopping many people from being able to buy.

What I’d like to do is to reverse who pays. Have the seller pay stamp duty. The receipts to the government coffers would be broadly similar, but without the same deterrent to buyers to be able to enter or move up the market. With the average homeowner moving every 24 years now, hugely increased in recent years, the vast majority of them are making a considerable profit. The stamp duty payable is a far smaller proportion of their profit than it is of the amount a buyer must save to buy somewhere in most instances, particularly with first time buyers.

Most people who are selling then buy somewhere else so they would currently be paying stamp duty where they buy anyway in most instances.

At the very top end, to ensure that homeowners who may not buy again are not deterred from selling, I’d give the right for the over 70s to reclaim stamp duty if 2 years after selling, they can prove they haven’t bought elsewhere. If they’re going into a nursing, care home or hospice, they would be exempt from paying it in the first place.

For Compulsory Purchase, when selling, stamp duty would merely be a cost that the acquiring authority would then meet rather than paying stamp duty for buying elsewhere.

This opinion may not be so popular. Landlord bashing appears to be a national sport at the moment. A whole range of law changes in recent years have made it difficult to be a Landlord. Full disclosure though – I am a Landlord. Three times over with properties in York, Wolverhampton and Solihull, two of which I rent to family members.

The main reason for disliking Landlords surely has been watered down in recent years. Previously, Landlords would leverage debt so effectively that they would buy lots of properties within a relatively short space of time and make very healthy profits. Those days are gone and unfortunately, so are many of the Landlords. I say that as we need private Landlords. For a number of reasons, the public sector has been woeful in its provision of rented accommodation. There aren’t enough homes available for the low paid in particular and it’s only likely to get worse. Private Landlords are needed so government policy should do things to attract them to re-enter the market.

One way we can do that is in relation to tenant eviction costs. There are vital laws in place that protect tenants from unscrupulous Landlords. Rightly so. However, there is little in place to protect Landlords from unscrupulous tenants. I’d like an ability for the court system to award costs in favour of the Landlord where the tenant has abused the law purely to their own advantage. Landlords should not be forced to pay up to £thousands to evict tenants when the latter sometimes just frustrate the process, leaving to greater and unnecessary costs.

I’d like courts to be able to therefore award costs in the Landlords favour if it is shown that the tenant has behaved unreasonably. To ensure this doesn’t mean chasing a tenant for money Landlords may never see. I’d like to start to see tenancy deposits include an element for if tenants behave unreasonably.

I can get by in my life just fine without my knowledge of trigonometry and don’t even get my started on bunsen burners. There are so many practical issues I wish I had learned though.

I wish I’d been taught how to tile a bathroom, why it is important to put sealant round a bath, how to budget when shortly after school I moved out how to go to University.

I would therefore like to cut little bits of near pointless education off different subjects and replace the time with a new subject; ‘Life skills’. Life skills would teach what quite often really matters in helping children become adults and then helping them becoming functioning members of society. We’d all be so much better for it. Oh, and my bedroom wall from University days would have less holes in it.

It costs approximately £38,000 per year on average to keep someone in prison, over £100 per night. I’ve stayed in some nice hotels that have cost less. We’re paying a small fortune to send people to prison. For many, it acts as a school of crime in readiness for when they then re-offend when released.

Prison is supposed to be a punishment and also somewhere to keep undesirables off the streets so they don’t offend again. However, with the re-offending rate so high, the deterrent seems little more than a sticky plaster. So, what I’d like to do is to make the prisoners work.

Warehouses or factories can be set up alongside prisons where land is available with prisoners forced to work. Ideally this would be for the state to make things. A very small wage can be applied so motivate prisoners whilst the work skills they learn will make many far more employable when they rejoin society. That it self should cut down re-offending, whilst providing a very cheap source of labour for whatever is built. Some private companies could get involved too, having prisoners make their goods. The cost to the companies would be less than if they were employing people directly to make it worth their while. Prisons would make the charges which would allow them to make a profit, given that the wage costs would be so low. As this would inevitably put some people out of work, the savings to the public purse could be ring fenced into training initiatives elswhere.