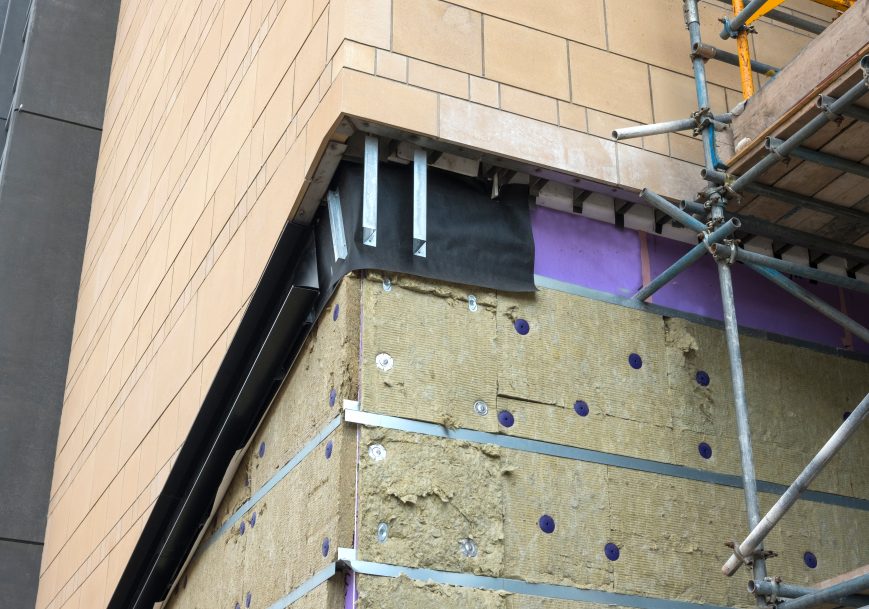 External cladding is a process used by developers which sees an additional building layer of material attached to the elevations of a building. External cladding can be a useful measure to increase a building’s insulation or aesthetic design. However, since the Grenfell Tower fire in June 2017 which claimed 72 lives, tens of thousands of multi-storey, multi-occupancy buildings have been found to have been constructed using combustible cladding materials. This phenomenon has since been labelled across England as the ‘Cladding Crisis’.

The original intention was for buildings over 18m tall to be the focal point for External Wall system assessments (EWS1 forms) to consider whether they are fire safe. However, from January 2020, following changes in Government advice, all multi-storey, multi-occupancy buildings were bought into the assessment.

To be frank, for the entire industry, the regulations have proven as clear as mud at times. For example, the then Housing Secretary Robert Jenrick made statements about how less EWS1 forms would be required but then didn’t change the official government advice that would allow RICS and mortgage lenders to change their position.

In July 2021 the government had attempted to alleviate this deadlocked part of the market by proposing that buildings under the 18m threshold will become exempt from the EWS1 process, insisting that such buildings were at a low risk of similar tragedies such as Grenfell. However, major mortgage providers were reluctant to change their lending criteria until the RICS updated their valuation guidance. RICS challenged the government to alter its own fire safety advice before issuing updating valuation guidance. RICS have suggested that the EWS1 process will likely remain in place until buildings have an updated assessment under the Fire Safety Act 2021. For leaseholders, they found themselves in a stuck in no-man’s land, not being able to see a clear route out.

One thing is for clear and that is unsafe cladding needs to be removed. What happened at Grenfell Tower in 2017 should never, ever happen again. It’s a travesty that a few years on and we’re still in the position where there are so many unsafe buildings that haven’t had remedial works.

Leaseholders concerns have always been the loudest and rightly so. They’re the ones living in what some have described as death traps and through no fault of their own.

The problem comes on who should pay, if not leaseholders. Developers have said that they complied with building regulations created by Whitehall so did nothing wrong when fitting cladding. In some instances, this argument holds water, whilst in others there have been examples of stark warnings ignored and gross negligence. The other issue is that quite often, developers may have passed liability onto contractors who may not have access to sufficient funds to pay for remedial works. Similarly, some developers are special vehicles (SPVs) created purely for an individual development. Once all of the flats are sold, the SPV is dissolved. Lifting the veil of incorporation to see who is behind may not always be as straight forward as many would perhaps think.

Often the pantomime villain but potentially now the saviour of leaseholders up and down the country, the new Housing Secretary Michael Gove has got involved.

In early 2022, he announced that for buildings over 18m, Government would make developers pay. Rather amusingly, his announcement was actually delayed by half an hour or so when he got stuck in a lift.

Given the legal defences that developers may have against such a position from Government, it may be an interesting challenge. What Government does have though is both a carrot and a stick. Many developers will also want access to funding from Government on things like the Help to Buy scheme, administered by Target HCA. Government has threatened that if developers don’t step up to plate, they won’t be fed by Government elsewhere.

Whilst many leaseholders understandably celebrate Government coming down on their side, the battle is still not over. It remains to be seen whether developers do cough up what they would owe and get remedial works done. They have been set a deadline of March 2022 to agree aa full payment package but as we all know, deadlines tend to slip when it comes to such matters.

It may also still take a long time to get works carried out and until they have been, leaseholders will still be trapped in properties they may struggle to sell. Some developers may also resist having assessments done on their buildings as far as they are able to resist government pressure as if problems are identified, they have constructive knowledge and will need to rectify. Ignorance in theory should never be an excuse but sadly, sometimes it proves to be the best one they have.

Ultimately, time will tell but it will be an interesting time.