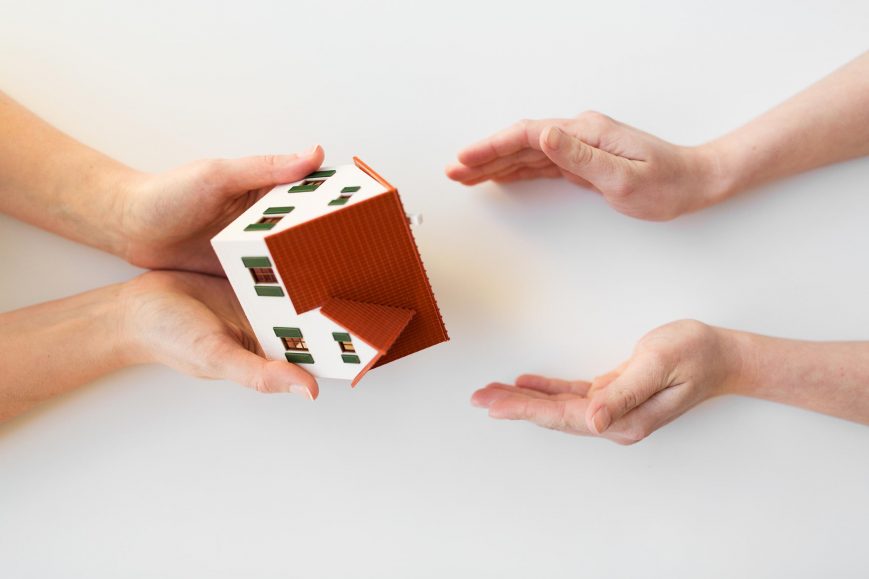 Scandal’s feel quite common in the property world now don’t they?

The leasehold (or fleecehold) scandal, the cladding scandal and currently beating a loud drum, the shared ownership scandal.

There’s a lot of furore around shared ownership properties at the moment. In the last week, Panorama featured it in ‘The home I can’t afford’. That followed shortly after BBCs Moneybox show, also about Shared Ownership.

As Chartered Surveyors who are often involved with Shared ownership valuations and lease extensions, we’re in the middle of some of these arguments.

Whether ‘scandal’ is the right word or not for any of the property industry conundrums is arguable. Certainly there are some very poor practices, with some providers rightly chastised for them. There are also some very good practices. Sometimes I do feel that we should be shining a light on those who do well, as well as those who let the industry down.

So how did it come about?

We’re a property owning, property loving people. If an Englishmans home is his castle, programmes like Location Location Location are playing on the telly-box. As a society, many of us view our own intrinsic worth by considering the balance sheet of our assets, the largest one of which is normally property. We are a nation of property owners. Whether we should be or not is a different question. Germany for example is a nation of renters, with far less value attributed to what is owned.

Politicians are great……….at getting themselves elected. They like giving people what they want. But what if what they want isn’t affordable, like a property with values typically doubling every 9 years over most of the last century? Well that doesn’t get politicians elected! So what they did is found a way of selling the dream, perhaps without the full reality.

Banks want to lend money, developers and housing associations want to sell property and people want to buy it. But if there’s an affordability gap, it has to be plugged. So Shared Ownership is introduced and lauded by politicians just enough to help grow the industry.

The banks don’t overstretch as loan amounts are for a share of the property, leaving them less at risk in the event of a default. Homeowners get to point out something and say ‘I own this’.

But do they really own it?

I used to own a cat, jointly with an Ex Girlfriend, many moons ago before my now wife and I got together (the ex was way worse, if my wife reads this). When we split up, we decided that rather than a barbaric act of physically halving the cat, my ex girlfriend would have it. By the fact I refer to it as an ‘it’, you might be able to tell I wasn’t particularly fond. The same applied to my feelings towards my ex.

That’s what happens when something goes wrong with something owned jointly. One person can take the property from the other. With a shared ownership property, the relationship can easily break down if for example –

That’s different to if you default on a mortgage. Having a home repossessed is arguably fair game if you stop paying the mortgage. With shared ownership, you’re at risk if you’re paying behind on your rent or service charge.

Yep, you do own….part of the property. You may have little impact though on the rent that you pay for the other part.

A mortgage lender might think you can’t afford say £2,000 per month to buy outright but they’re happy for you to pay them £1,000 and pay another £1,000 in rent. That’s fine as far as they’re concerned because the amount they’re lending you is at lower risk if it’s a smaller amount. Go figure! Makes commercial sense I guess.

Well the freeholder may argue that as the occupier, you’re the one benefitting from the service charge so should pay the full amount. It’s the same with Council tax, utilities and similar charges. However, you’re also paying rent.

If you were in the rented sector in a leasehold property, it’s very unlikely that your landlord who owns the property would ask you to pay the service charge. The service charge normally flows with ownership, not occupancy. But you only own 50%. Shouldn’t the other shared owner pay half of the service charge?

I feel like I’m talking dirty here. Mixing the leasehold scandal with the shared ownership scandal is quite a cocktail. If they are scandals of course. You can choose the appropriate lexicon yourself.

When the lease extension process was initially set up, Government appeared to forget shared ownership. Perhaps because there was far less of it around since then. There’s no entitlement therefore for a lease extension.

Most housing associations, who own the majority of shared ownership freeholds, are prepared to grant lease extensions on statutory terms by agreement. There are often accusations of unfair terms being provided on a take it or leave it basis. I have to say that in our experience, that’s rarely the case. Premiums requested are normally well thought out (often by us) and not submitted as a negotiating position.

Of course, with every reputable provider who allows for example an independent fair opinion to set the premium, there will be others who take a far more commercial approach.

The law does not work here. It relies on good nature which often is present but occasionally lacking.

We recently valued a flat which was my technological dream. The leaseholder provided remote access from his home in Thailand and when we entered the flat, his face shot up on a TV screen announcing ‘lights on’ and welcoming us to his flat. I love tech so that was right up my street.

What he’d done though is installed so much tech into the property, with a high degree of annexation that it could be classed as a fixture. He improved the Market Value not only for his share but also the housing associations. Different Housing Associations have different rules on what improvements can be disregarded when looking at valuing. It’s a policy decision rather than legal recourse so the Housing Association is put in place of being an arbiter.

Sometimes improvements can even be disregarded if a paid for consent wasn’t applied for and granted.

This can put someone in a position where if they want to staircase to buy additional equity, that they end up paying more than they would have done because of improvements they have made.

There needs to be some control, but surely some consistency and procedural fairness would not go amiss.

With any leasehold property, whether shared ownership or not, there are potential for major works to be required. For example, installing fire doors, replacing the roof or undertaking other communal works.

The freeholder decides what to do and recharges leaseholders. There are sometimes some very unscrupulous practices where leaseholders are overcharged or wrongly asked to pay for what are improvements rather than maintenance. Challenging this can be costly and time consuming so all too often, leaseholders have to roll over and take it.

It doesn’t make it right but it is reality. It’s a trade off. If you buy freehold, you won’t have the issues but buying leasehold is normally cheaper. Sometimes you take the rough with the smooth.

For shared ownership, Section 20 bills which often come with service charges are normally paid entirely by leaseholders. You’re paying to improve not only your share of the Market Value but also somebody elses’

The trade off – a necessary evil?

Here’s the trade off. By taking shared ownership, you are agreeing to a set of promises that you wouldn’t normally need to if you owned 100%.

You cannot rent the property out yourself (even keeping a share of the rent).

When you want to sell, there may be a nomination period in which a Housing Association can market the property for you.

If you want to buy additional equity (staircase) or sell the property, you need to pay a lovely firm of Chartered Surveyors (like us) to provide a valuation report…often to a Housing Association.

There are restrictions which do appear unfair. However, the alternative for many is not buying at all. If you can only raise funds to buy a share in a property, you have a choice. You either accept a product which is fundamentally flawed, working in the freeholders favour more often than not. Or you stay renting.

At a time when the property market increases in value year upon year, many may see Shared Ownership as a necessary evil. Selling a number of years later at least can normally see a profit which can be used as a greater deposit for another property, increasing the availability and affordability of larger mortgages, albeit with the market elsewhere having increased as well.

Does Shared Ownership have a place?

Well undoubtedly so, yes. In my opinion, It works very well for some people, often using it as a stepping stone for that firm foot on the housing ladder. It’s not for everyone though so forewarned is definitely forearmed.

What do you think?